​Acetylacetone is a very clear, colorless to light yellow liquid ketone with a pleasant odor. Other common names of Acetylacetone include 2,4-Pentanedione, Pentan-2,4-dione, Diacetylmethane, and Acetyl 2-propanone. For short, Acetyl Acetone is often referred to as AcAc.

Production of Acetylacetone is most often accomplished by the rearrangement of Isopropenyl Acetate, however other ways exist such as the addition & decarboxylation of Ethyl Acetoacetate & Ketene.

One of the most common applications of Acetylacetone is its usage in the production of coatings and anti-corrosion agents. Acetylacetone acts as a pot-life extender in coating applications which extends the curing time of the dry. Another common usage of Acetylacetone (2,4-Pentanedione) is as a radical initiator in peroxide compounds to induce polymerization.
Acetylacetone is also an important intermediate used in organic synthesis as a building block for heterocyclic compounds.

Acetylacetone also forms many complexes with transition metal ions where it acts as a metal chelating agent.

These metal acetylacetonates are used as catalysts and reagents for many different types of applications.

The main pharmaceutical materials that Acetyl acetone is used as a building block for are sulphonamide based chemicals, bactericides, and pesticides.

Other uses of Acetylacetone are as a metal deactivator for gasoline and lubricants, solvent for Cellulose Acetate, extraction solvent for mineral processing, a stabilizer for PVC & Polyesters, Fragrances, Biomolecules, Agriculture, and Dyes & Pigments.

Under proper storage conditions, the shelf life is 12 months.

Detailed information on the product described can be found in our relevant Health and Safety Information (Material Safety Data Sheet). 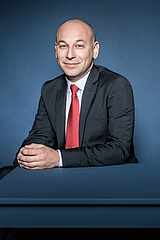