Phosphoric anhydride (P2O5) It is the anhydrous form of phosphoric acid. The Product is also known in the market as (di) Phosphorous pentoxide or Phosphoric pentoxide.

There is a wide range of applications in the chemical industry. One of the major ones is the production of Phosphate Esters by reacting P2O5 with the alcohols or phenols.

Under proper storage conditions, the shelf life is 12 months

Detailed information on the product described can be found in our relevant Health and Safety Information (Material Safety Data Sheet). 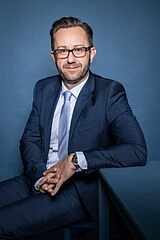